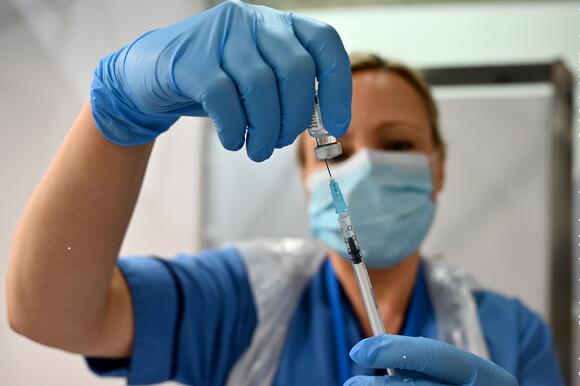 A top expert on vaccinations is urging Americans to receive the COVID-19 vaccine as the number of new infections fueled by the highly contagious delta variant continues to rise in the U.S.

“I think there is no question that we are going to see a surge,” Gregory Poland of the Mayo Clinic told CBS 4 Minnesota Tuesday.

The doctor said he still wears a mask when out in public when he’s “in a crowded scenario,” whether it be indoors or outdoors.

He noted that Minnesota, like many other parts of the country, are experiencing a rise in cases as the delta variant continues to circulate, and he’s seeing cases of severe disease and hospitalization among younger people.

“Don’t be deceived that ‘I got this far and I am OK.’ This is a very different variant. It will find you,” he told CBS 4.

“This virus will find everybody who is not immune,” he added.

Public health officials are becoming increasingly concerned as the number of new infections, hospitalizations and deaths increase while vaccination in the U.S. lag.

The variant has become the dominant strain in the U.S as cases are on the rise in swaths of the country with low vaccination rates.

The current seven-day average for new cases is 26,306, a nearly 70-percent increase from the week prior, according to the Centers for Disease Control and Prevention. Hospitalizations are also up about 36 percent from last week after weeks of decline.